Metamorphosed urodelans, infected with Bsal display apathy, lethargy, anorexia, ataxia, multifocal skin erosions and ulcerations (Figure 1) all over the body and death (Van Rooij et al., 2015; Martel et al., 2013). It is important to note that the signs of Bsal infection can be easily missed or remain undetected as the lesions do not usually appear till the final stage of the disease (Martel et al., 2013).

​Until recently very little was known about the pathogenesis of B. salamandrivorans. However, Stegen et al. (2017) and Farrer et al. (2017) have recently, through novel discoveries, contributed to the elucidation of Bsal‘s host pathogen-interaction and virulence.

​Stegen et al. (2017) revealed that as part of its deadly infection arsenal, both in vitro and in vivo, Bsal has two infectious forms, a zoospore and an encysted spore. The encysted Bsal spore has  separate infection, dissemination and persistence methods which makes it more resistant to predation and allow its persistence in the environment and its passive spread by several vectors. While zoospores swim to potential hosts, Stegen et al. (2017) described encysted spores as floating at the surface of the water with the possibility of adhering to amphibian skin and to the feet of waterfowl resulting in their widespread dissemination. Encysted spores have been shown to also remain viable in aquatic environments for at least 31 days and mounted better resistance to zooplankton predation than the Bsal zoospores. Soils contaminated with Bsal by infected amphibians yielded positive results for Bsal DNA even after 200 days and infection via contaminated soil occurred up to 48 hours after the soil was in contact with the initial source of contamination.

​Stegen et al. (2017) further stated that the outcome of Bsal infection in the host was not determined by fungal load or environmental temperature and  that both low and high doses of Bsal were able to produce disease in highly susceptible species such as the fire salamander (Salamandra salamandra).

In addition, even after several rounds of non-lethal infection, Bsal failed to provoke an immune response in its amphibian hosts. Farrer et al. (2017) suggest that one of Bsal‘s unique gene families may be responsible for  the absence of a protective host immune response  when confronted by this pathogen.

Stegen et al. (2017) expressed concern that in regard to mitigation of the disease, all these factors collude to make the eradication or even in situ control of Bsal-mediated chytridiomycosis extremely difficult and maybe even impossible.

​Farrer et al. (2017) investigated the genomes of Bd and Bsal  and reported that Bsal‘s genome is 32.6 Mb and is more extensive and complex while Bd‘s is smaller at 23.7 Mb. The authors discovered several genes in the genome of both pathogens which they compared with the genomes of the saprophytic members of the fungal phylum Chytridiomycota and credit both Bd‘s and Bsal‘s pathogenicity to an incredible extension of protease and cell wall gene families. The evolution of Batrachochytrium species to produce infection in amphibians is correlated to the incorporation of genes coding for putative virulence factors which are unique to the Batrachochytrium genus or specific to the Bd or Bsal genome. They identified gene-families peculiar to Bd or Bsal  which were deemed responsible for their disparate infection modus operandi.

​The gene expression of Bd and Bsal during the process of infection or growth in culture were compared. Of the 550 chytrid genes which were significantly upregulated, 327 were unique to Bsal while 43 were unique to Bd and 44 were unique to the genus Batrachochytrium. Several of the expanded and lineage-specific proteases were upregulated in the course of in vivo infection of the newt T. wenxianensis. Also, approximately half of the Batrachochytrium, Bd and Bsal genes were secreted. As these or similarly functioning proteins were not discovered in the saprobic chytrids and the fact that the transcription of these proteins  increases during colonization, imply that the up-regulation during this time demonstrates an individualized Bsal-host interaction.

​Farrer et al. (2017) suggest that among these upregulated genes there is a likelihood that these include virulence factors for host-specific colonization. Some of these are the M36 metalloproteases (known to function in host colonization in other pathogens) and Tribes 1 and 4 which are two large families of secreted and highly expressed proteins. Bsal has 110 M36 metalloproteases while Bd has 35, both of which are much higher numbers of metalloproteases than can be found in the related saprobes Spizellomyces puncatatus and Homolaphlyctis polyrhiza, with the former containing 2 and the latter 3. Some of these M36 metalloproteases are specific to the genus Batrachochytrium possibly furnishing them with the ability to adapt to vertebrate hosts while others are specific to Bsal or Bd playing a role in the individual characteristics defining the species and their individual pathogeneses.

Farrer et al. (2017) also noted the decreased activity of the G1M36 metalloprotease in Bsal zoospores but indicated an increase of activity of this protease in the Bsal sporangia. They  suggest that this may be associated with a subsequent important function in pathogenesis including traversing the sporangial wall and disseminating to adjacent host tissue.

​Another protein family  which is present in the pathogenic chytrids  more abundantly than in the independently existing chytrids contains multiple copies of a domain called CBM18. These proteins are targeted to the cell surface or extracellular space and the suggested function of this domain is the binding of chitin. There is marked truncation of the CBM18s in Bsal compared to those in Bd. In addition, those in Bsal contain fewer CBM18 domains than Bd.  Farrer et al. 2017 surmise that this protein family functions in fungal attachment to the host skin and in diminishing the detection of chitin by the host immune system.

​In chytridiomycosis, caused by Bsal, there are multifocal skin erosions and ulcerations in the epidermis which sometimes can be viewed macroscopically. Microscopically, Martel et al. (2013) described the presence of keratinocytes with eosinophilic necrosis and marginated nuclei at the periphery of the erosions and immediately beneath the damaged keratin layer. Each of these keratinocytes contained one centrally located thallus, the majority being colonial thalli (segmented).

Bsal can be diagnosed by a number of methods including clinical presentation, microscopic observation of skin scrapings, histology/histopathology, Polymerase Chain Reaction (PCR), and quantitative Polymerase Chain Reaction (qPCR). While some literature has stated that Bsal and Bd can be diagnosed based on the characteristics of the lesions produced in the host by each pathogen, neither Bsal nor Bd produces lesions that are pathognomonic. This means that there cannot be a confirmed diagnosis of Bsal or Bd infection based solely on the types of lesions they generate in their amphibian hosts. The skin lesions produced in the host should be used in conjunction with other more reliable diagnostic tests.

​Diagnosis of Bsal by histology/histopathology relies on detecting the fungus in amphibian skin based on chytrid morphology. Abundant intracellular colonial thalli in the epidermis and necrosis of the adjacent keratinocytes can be observed in positive amphibian skin samples. These microscopically observed lesions are linked to the deep ulcerations and erosions observed in the infected amphibian’s skin (Martel et al., 2013). While histology and histopathology are capable of detecting Bsal‘s presence in amphibian skin, there are important limitations of these methods. One limitation is that both these methods require high levels of expertise and experience in order to correctly diagnose Bsal infection. Another limitation is that the diagnostic efficacy of histology/histopathology is proportional with fungal load. Therefore, in cases of low fungal load, the probability of detection decreases. In early stages of the infection for example the pathogen load can be too low to be detected (Thomas et al., 2018).

​Currently the most reliable and widely used method for Bsal  detection is quantitative Polymerase Chain Reaction (qPCR), a molecular diagnostic method which allows not only the detection of Bsal but also the quantification of Bsal DNA present in the sample. This is an advantage over regular PCR where the presence or absence of the pathogen can be determined but fungal load cannot be quantified. The sensitivity and specificity of this method makes it superior to the previously described as it is able to detect 0.1 Genomic Equivalents (GE) of this pathogen per PCR. This allows for the detection of Bsal even in cases of subclinical infection. The efficacy of this method in detecting less than 1 GE of this pathogen makes it an extremely appropriate diagnostic method for environmental screening and diagnosis of Bsal (Blooi et al., 2013).

Blooi et al. (2013) also describe a Duplex Real-Time PCR which allows for the simultaneous detection and quantification of both Bd and Bsal in amphibian samples.

Duplex RT PCR is a valuable screening tool when doing post-mortem diagnosis. Even when the animal is already decomposing the duplex RT-PCR has still the ability to detect Bsal, making it a more sensitive method compared to histopathological diagnosis. When using the duplex RT-PCR for post-mortem diagnosis an elevation of the detection limit to 1.0GE of Bsal, instead of 0.1GE, however is suggested. This to lower the risk of false positives (Thomas et al., 2018).

Special care should also be taken when interpreting the results of the duplex RT-PCR when large differences in concentration of both pathogens are present. In such cases, the detection efficiency of the fungus with the lowest concentration tends to be lower. A confirmation test with simplex RT-PCR is suggested in such samples (Thomas et al., 2018).

Similar to other diseases, the most reliable diagnosis of a disease entails the combination of different diagnostic techniques (e.g. molecular methods together with methods to demonstrate colonization and/or pathology) (Thomas et al., 2018).

An overview of the current recommendations using the duplex RT PCR is given in Figure 3. 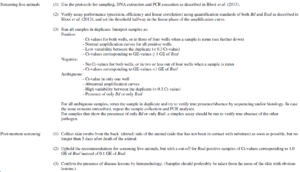 Figure 3. Summary of the recommendations on the use of duplex RT PCR for Bd and Bsal (Thomas et al., 2018).