The ‘final Report’ of this tender ENV.B.3/SER/2016/0028 (Mitigating a new infectious disease in salamanders to counteract the loss of European biodiversity) and the ‘Batrachochytrium salamandrivorans Action Plan for European urodeles’ have been added to the website.

Infectious diseases are easily transmittable between captive- and wild amphibians and reptiles. Cross contamination between the two is an ongoing concern but is preventable. Acquiring healthy animals from reputable breeders, recognizing sick animals and reporting these to the proper institutions and applying adequate quarantine and hygiene protocols are essential in preventing the spread of infectious diseases. Disease spillover can occur when infected captive individuals escape, are released in the wild or when wild- and captive animals come in to contact in another fashion. The leaflet is available in English and Dutch (financed by NVWA, Bureau Risk Assessment, Team Invasive Exotics). This leaflet was created by RAVON in collaboration with NVHT Lacerta, the Dutch Salamander Society, European Snake Society, Divebo, SATO, DN, Ornamental Fish International and Ghent University (Wildlife Health Ghent).

To aid in the diagnosis and treatment of Bsal infections, a leaflet summarising the diagnostic and therapeutic options was also produced. The leaflet is available in English. This leaflet is part of a collaborative project between several European organisations 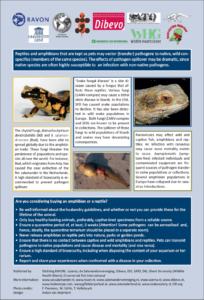 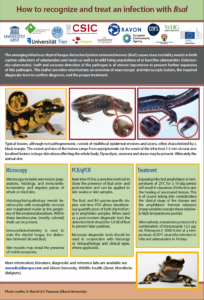 Think Outside The Box! Be aware of the risks of releasing pets in the wild. Check out this amazing awareness campaign launched by the Bern Convention: Protecting Europe’s biodiversity on Facebook and Twitter​. Download the posters, click on the interactive ones and share (using the hashtag  #ThinkOutsidetheBox)! This campaign is also promoted via the Bsal Europe Facebook and Twitter accounts.

Three easy-to-use leaflets on recognition of Bsal in urodelans (including FAQ’s for fieldwork and captive collections), disinfection protocols for fieldwork and heavy machinery are now available. These leaflets are part of a collaborative project between several European organisations. The links to these PDF’s are listed below. More information on this project can be found on the project Facebook page and Twitter Account. 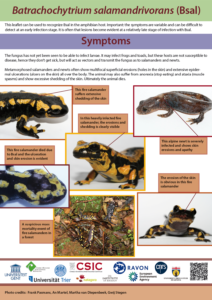 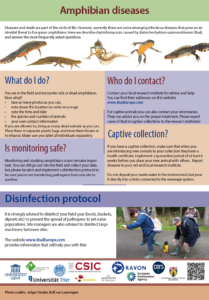 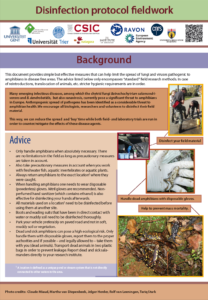 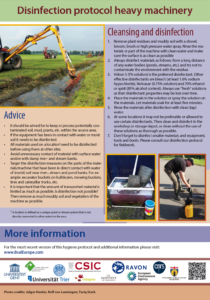 Two new animations on Bsal were launched last month. At the European Herpetological Congress in Salzburg the animations were presented for the very first time. Both animations are available in 11 European languages. These clips were created by several European organisations and issued by the European Commission. Aims: delineate the current range of Bsal in Europe, create an Early Warning System, development of an emergency action plan (short term) and to provide proof of concepts for sustainable long term mitigation measures. Bsal poses a threat to salamanders in the whole of Europe so please share widely!

Not seeing the subtitles automatically? Click on the subtitle icon in the bottom right corner of the video and select the preferred language.